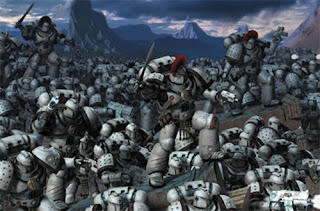 First and foremost let me say thanks to the folks that have continued to check or read this space for the first time.. Second let me say that I'm not dead!


I have been rocking and rolling in the tournament scene but have been super busy with work and haven't had time to post on here or on BOLS.  It also has something to do with the fact that blogger is blocked from work!  Argh!!

I wanted to share what I've been working on as my side project to a side project.  Below are pictures of my Luna Wolves.  This is a counts as marine force.  I have enough figs in enough combinations to play it as a Pedro lead marine force, a Space Wolf list in just about any combination or a black templars shoot your face off list.

As some of you know the Black Armor signifies being part of the first company.  The white armor is the other nine companies and the standard color for the Luna Wolves.

Some of the bases are still works in progress.

All total I have:


Towards the bottom you'll see my counts as Tunder Wolves.  All in all I have 8 done right now.  They are fully complex and the Lords are magnatized with a Power Fist and a Thunder Hammer.  One lord (not pictured) is armed with a Frost Blade with a Thunder Hammer strapped to the back of his quad for all your wysiwyg needs. 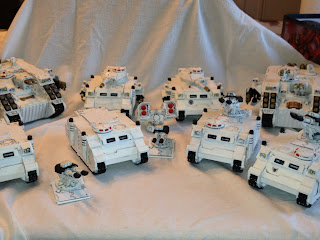 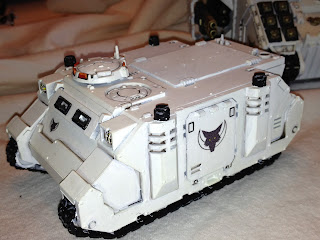 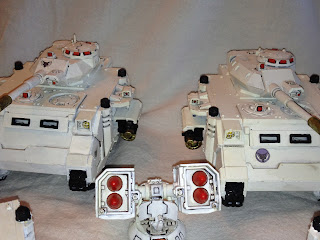 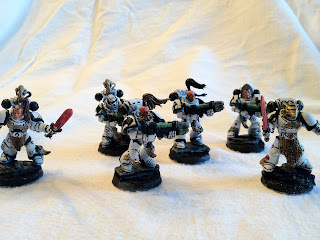 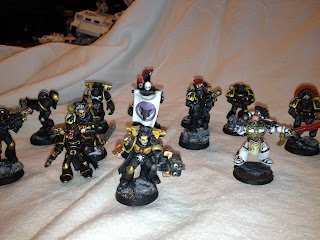 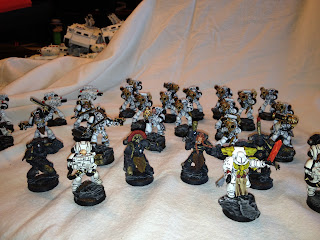 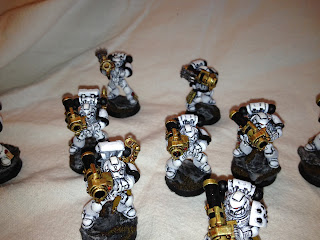 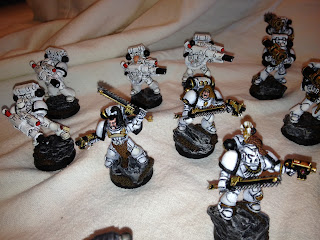 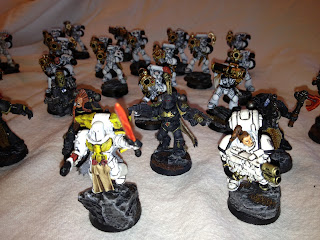 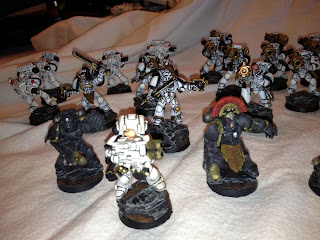 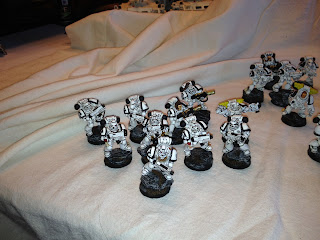 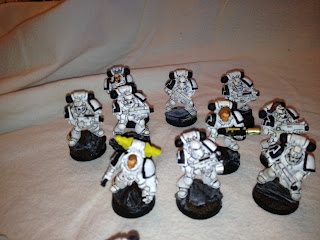 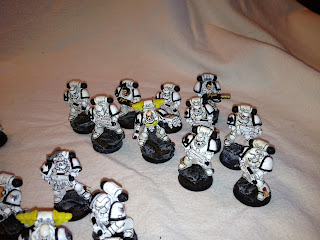 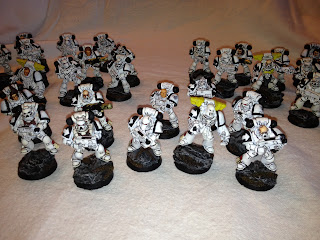 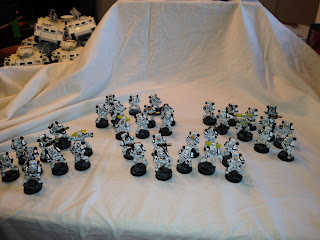 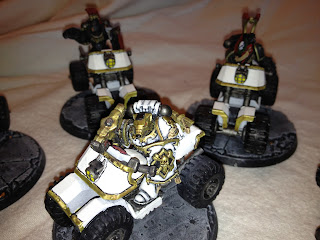 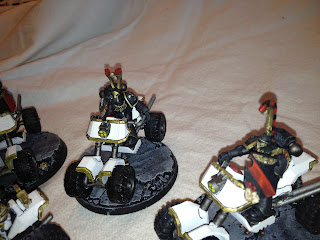 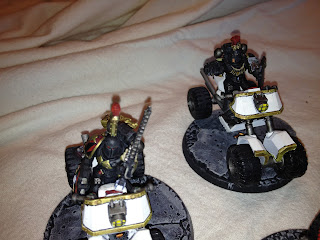 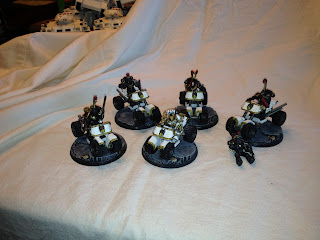 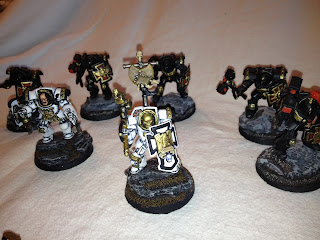 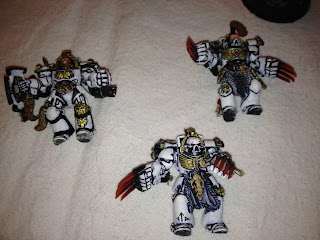 In addition to these I am trying to get one of my best buddies back into 40k and he has asked me to paint an Ultramarine army for him.  Expect a few WIP shots of that soon too. I promise!

Thanks for coming back.  The release of the necrons has my juices flowing again.  I don't expect to play them but I will be back to the brew figuring out how to beat them.
Posted by TPM at 3:35 PM

More to come soon.  I am working on a Njal and a few more Wolf Guard terminators.