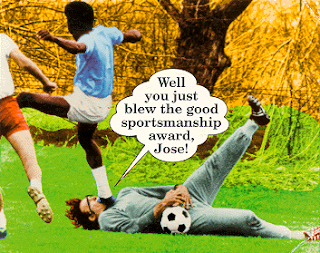 The myth of sportsmanship gum started long ago when local tournament organizers, in my area, only accepted cash for entry. This was well before debit cards were accepted everywhere.  This was in 2000 or 2001.  I can’t really remember. I was just getting back into the tournament scene after taking a bit of a break after 2nd edition 40k.

I never carried cash on me so I would stop by the grocery store right next to the game store and buy the cheapest thing I could find so that I could get cash back from the register.  This ended up being a pack of gum.

At the start of each game I would offer my opponent a piece of gum and then during the game I’d offer another once the flavor of mine had dissipated.  I could sort of tell how the pace of the game was going to go based on weather or not my opponent would accept the gum.

Tournaments were different than I remembered.  People were a lot more serious and no where near as laid back as the WH Fantasy players I had been used to playing. If they accepted the gum we would typically have fun and relaxed game.

As a side effect of handing out the gum they would also start to write me down as their favorite opponent. Remember that the RTT kit came with pre packaged score sheets (GW used to pretend to care!) where each participant would vote for their favorite opponent of the day.  For a solid YEAR I won best sportsman – with blood angels.  Back in 3rd edition that was hard to do with the free death company, rhino rush and list of other unbalanced things.

I was still experimenting with lists and couldn’t find that magic combination that would push me into the winner’s circle.  No big deal.  I was having fun and I was a little resistant to switch from my 2nd edition tactics to 3rd.  That is a habit I have long since dropped – gotta stick with the times and try and stay ahead of the trends in army design but that is a different article.

This practice of handing out gum spread around to others in my gaming club and even to those that came to our tournaments from out of state. It inspired quotes like ‘Good sir, I would feel a lot better about discussing this rule with you if we were both chewing a stick of gum.’

The increase in relevance of subjective scores plagued the GW tournament scene.  It moved the tournaments from a competitive ‘pistols at dawn’ sort of engagement to more like pageants where the swimsuit competition or the interview had as much weight as the talent show.

For a year so we even had comparisons as to what flavor of gum would get you the most votes and the highest sportsmanship score. The gum that yielded the best results was Trident Tropical Twist.  Couldn’t be the watermelon flavor – had to be the Tropical Twist. 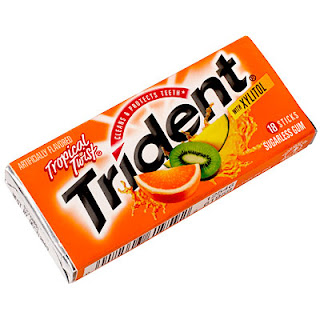 This was a symptom of the problem with tournaments.  Simple competition on the table top didn’t rule the day.  Handing out gum could give you as much as another whole game’s worth of battle points. Having a pro painted army could do the same.

It was simply too much of an advantage for the average player to overcome.

THANK GOODNESS the newest patch of tournament organizers are getting past the pageantry of the RTTs and GW GT’s of old and starting to encourage a more competitive tournament environment.

The significance of soft scores is diminishing.  It was a perverted concept to begin with.  The enforced usage of fully painted armies is to give your opponent a more pleasing tournament experience.  They get to come to your tournament, play against some great looking armies and then go tell their friends about all the cool things they saw.  This helps encourage more people to attend your next tournament.  Pride and the spirit of competition will encourage the better painted armies and better sportsman like behavior – not the promise of ‘free’ battlepoints.

Good sportsmanship is its own reward.  With the proliferation of blogging, internet forums and just simple word of mouth as the community builds the d-bags will be discovered and discouraged. People, by in large, want to be nice to each other and shouldn’t need the promise of battle points to do so.

Plain and simple more than a handful of players used the secret sportsmanship vote as a way of retaliating against an opponent that had just defeated them or as a way to decrease an out of town group of players chances of winning.  This is despicable behavior.  Sometimes a piece of gum can prevent that – often time there is no getting around it.

I know I will be spending my hard earned dollars going to tournaments that seek to prevent this sort of behavior from happening.  I am all for sharing a beer, making a cool give away prop/item, or dolling out a piece of gum to my opponent but it shouldn't be a douche bag preventing tax.
Posted by TPM at 3:13 PM

This is a thought provoking article. I have to say I miss that Trident Tropical. Hubba Bubba is still by far my favorite though. I'm am glad to see comp going by the way side but I am still a strong advocate of sportsmanship for a soft score element. I like to keep the soft score low in points total so it is there mainly as a deterrent versus certain people who feel that no soft score is an open invitation to cheating as much as they can get away with each game - I feel that the Ard Boyz format really opened up the game to abusive cheating. Basically it is up to the TOs to actively police their games and curb abusive behavior... A couple of warnings then DQ if they don't listen. To me most problems stem from TOs that don't understand the game and look for the quickest simplest solutions to quell problems. I am very lucky in my local area as I can pretty much play in an RTT every weekend if I wish. I know the stores that have good TOs so I frequent those.

B Vizlani, it is so sad and so true. There is no 'perfect' system unfortunately.

BBF, I think sportsmanship is a huge part of the hobby and a part of tournaments - there just has to be a more fair system of judging it and assigning point values.

Sportsmanship should be run the way most games and sports do it: as a penalty, not a bonus, and applied at the discretion of the judge(s). If you act like a human being and aren't actively rude to anyone, you shouldn't be penalized, even if the opponent after you was some kind of magical love-spreading superman that made the whole tournament fall for him; you acted reasonably, so you shouldn't take a hit. But if you're clearly slow-playing, futzing movement, etc, and you get called out on it (and the judge agrees), you get penalized- and if it continues, you get ejected from the tournament.

Sportsmanship _should_ be automatic, but sadly is not. Penalties will keep most people from acting like total douchebags (viz. jail), but points bribery just encourages superficial schmoozing and docking the other player points for winning.

Seems to work in hockey - we need a tournament penalty box.

How to assign a fair score for sportsmanship is always a challenge because obviously it can be subjective and can be gamed (depending on how it's implemented). Like I said I think it should be a low percentage of your overall possible total score, mainly as as a deterrent to TFG type of attitude. It's the responsibility of the TOs to keep an eye on things and make sure everything is on the square at the end of the day.

Most of the Aussie tournaments have introduced a check box system to cut down on sniping and buddy boosting in the sports section. Most players tend to score full or almost full marks for the sports component of their events. I think its a good thing, reduces the effect of sports scores on most gamers, but keeps the douches on their toes :)