Army Lists, Sponsorship and You. 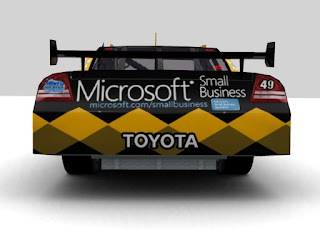 I posted an article over on BOLS this morning about proper army list formats and people nearly lost their minds.

Some people encouraged me to 'try harder' at tournaments.  That made me smile.

Some informed me that I was a newb and had no idea what I was talking about.  This also made me smile.

Some hoped that I got a pretty penny from Army Builder because of the endorsement.  I did not. I receive no endorsement from anyone for anything.

That leads to my next question.  Is 40k ready to support sponsorships of players?  Would players sponsored by well known companies to attend events and hopefully win them be a bad thing for the high level tournament scene?

Would average players resent being beaten by someone who had some or all of their tournament entry paid for by a corporation?

I think it's an interesting prospect.

It is an interesting thought - I mean really the game isn't there yet with the "prizes" usually no where near the cost of what we are doing with the game. Could it go there? The game would need to take a serious look at its design and change some things up and tighten some rules. Damnit I just want to throw dice and go pew pew hahaha.

Goatboy - Sponsored by the Internet!

Making the game too formal will take away from the "FUN" aspect that attracts a lot of players. A fully developed meta game will be created and things will end up just like Magic the Gathering. Everyone will play the same army lists verbatim and no one will take the time to explore different tactics or different builds. Having some of our rules left up to interpretation is what makes this game so great.

we play toy soldiers......TOY SOLDIERS it's not a sport, and do you really want to watch a televised game? It's the only thing i could think of that would make golf gripping.
I think the danger is that we're beginning to take ourselves to seriously, its a problem over in here in britain to and things like the ETC are symptoms of this self delusion, it's just toy soldiers, the amount of opinions on the rules alone and the various comp systems to placate the whiners who litter the internet tournament scene show that no one can agree on the subject. I'll stop now before i rant off topic as i'm already on my way out the door. but really sponsorship come on take a sniff of reality the next step will be celebrity gamers dodging paparazzi as they buy there toys

The hard part would be for you to prove to the company you are worth the sponsorship. The only way they could measure would be wins or at least top placement (or you sell stuff of theirs at the event). Puts allot of pressure on you and could suck all the fun out of it as you sweat your support.

What does a tournament registration fee cost? $10-$20 for local tournaments and $40+ for the big "cons". Throw sponsors into the mix and those fees would likely increase tenfold at a minimum (local tournaments aside which wouldn't change).

I also should have looked to see how old this was, but oh well...

I would love to see players sponsored for tournaments.  To the point where their models are paid for even, so maybe people could stop playing counts as armies and play the actual ones.  The only exception to these armies of course would be people who intentionally go out of there way to do an inventive counts as army, and not "my blood angels are now GK's because I'm broke."

I think more interesting would be "What kind of company would sponsor a player?"

I'm not really surprised there aren't more sponsored players. Nearly everyone in the other competitive stuff I do is usually sponsored to some extent by the companies or retailers represented in the that industry but I don't think there is much room for it around GW based games.

I think perhaps the fact that a lot of this hobby is founded around the internet would give way to sponsorships from local hobby retailers and that this game we play is a 'one make series (e.g. everyone races a Nissan Skyline, you would not get sponsorship from Mazda to race in this series, in a Skyline)' means there is no major outside influence from other manufacturers trying to get an edge.

As far as I can see you would be able to get some support from local hobby stores or gaming locations, internet sites, blogs and supplementary manufacturers (E.g. Dice, carry bags, measuring instruments, clothing lines(?)) but due to the fact that this is a one make series I think it would probably stop there. You'd have to shop at the store though to get local retailer support and I know here that isn't likely for most serious hobbyists as the retail to e-store difference is usually 50% cheaper which is just to much to ignore.

I guess is sponsorship really all that important though? I guess if you are a serious tournament circuit competitor flights and accom might get a bit out of hand over the year and some money would help. I don't anticipate many of the 3rd party manufacturers having a lot of spare cash to sling about though for sponsorships.

I think you make some good points, especially about the influence of the 'net and sponsors. Where is a business going to get more bang for its buck: from a blog ad (viewed by thousands) or having a player wear their shirt at a tournament (seen by hundreds)?

There are two other major differences between our hobby and professional, sponsored sports that make sponsorship less appealing for businesses. First is that there's not a real "championship" or endgame in the season with a large prize for players to attend all of the events. Having done some auto racing, I know that you need to have strong showings at every event if you want to be in the hunt at the end of the season. The way GW's Golden Tickets are handed out actually discourages top players from attending more events; why spend the extra money to go to another event if you are already in the "championship"? By not having the requirement of attending each of the major events, there's much less need for additional sponsorship monies.

The second is that (until this last Adepticon), tournament play was not broadcast. In thinking of years past of reviewing Adepticon from home, I remember looking at many more pictures of armies than players (potentially wearing sponsor's shirts). Sponsorship was for the event, and shown on the event website.

But I really think the live broadcast could change things. I wouldn't be surprised next year so see Generally Baggy get the finalists to wear Battlefoam shirts for the last games few games that are broadcast live. Privateer Press made a big splash with their battle box in the swag bag; imagine what a coup it would have been if Tony wore a PP hat in all of his post-win interviews?

Finally, I think that players are not yet accustomed to seeking out sponsors as part of their hobby. You really have to work to market yourself and I don't think that type of dedication has yet to show up among major players.

Yes they did. Allstate insurance sponsors the website as well. It's kind of a raw deal for them though, since the website is only used by about 12 people.

I hope the hobby never gets to the point of needing/having sponsors. No matter how "competitive" the players get, it's still a game, right?

"
Where is a business going to
get more bang for its buck: from a blog ad (viewed by thousands) or
having a player wear their shirt at a tournament (seen by hundreds)?"

Like you said, live broadcasting might change that, we are also planning live broadcasts at the Nova Open, i have talked to other podcasts with similar plans...

To my knowledge M:TG isn't there so 40K and WFB certainly aren't there.

Sponsored events could happen, but that's probably as far as it will go.

I would love for the hobby to move in the direction of getting sponsors & having more live events.

"Sponsorship" simply means the sponsor makes their money back or better
on advertisement.... companies wont do this unless they profit from it.
This presumes customers value the products and purchase them now that they are aware of them.

People can debate endlessly on what is "good" for the hobby, but
ultimately spending is the best thing. When people stop spending the
hobby dies.
Nathan  / s00nertp / 40knjny.wordpress.com

... about the idea of live events:
I saw the live event from Adepticon by the Independant Characters, and it was supremely awesome. I could believe I could see a live event with commentary all over the world (I was in Brazil at the time).

They had their fair share of issues posting the event, etc. but since it was voluntary, it is to be expected.

Ohh..I can't wait to see Rhinos running around in a 40k game looking like NASCAR, hey wait is that Jr's No. 88 Amp sponsered Rhino.