Magnets.. how do they work?? 6th Edition Wound Allocation 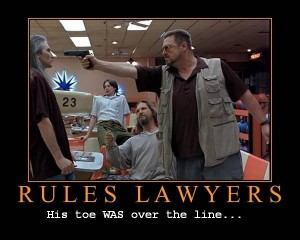 My club mates have been discussing how wound allocation works in 6th edition.  A couple of my buddies summed it up very nicely so I thought I would post it here to help get the word out.


The term unsaved wound only comes into play when you have a unit with the same armor save. So that is when you can allocate after a failed save.

Example 1a. 10 tactical marines suffer 10 wounds. They fail 3. The sarg is the 2nd closest model. The closest dies, then the sarg is allocated a wound and on a 4+ it gets bounced to someone else via the LoS (Look out Sir) rule .

Example 1b. 5 Thunder Wolf Cavalry have an attached Lord who does NOT have runic armor. They suffer 6 wounds and fail 2. The wolf lord is the closest model. Since he has multiple wounds, he would suffer 2. However you look out sir both on 2+'s to other guys after the failed the saves.

You allocate wounds before saves in a unit that has more than 1 save.

Example 2a. 5 Thunder Wolf Cavalry with an attached lord with runic armor suffers 6 wounds. The lord is the closest model. You can either roll on him 1 save at a time until he either saves them all or dies or Look out sir any or all the wounds before saves are rolled.

Example 2b. 10 Blood Angel tactical marines with attached Sanguinary Priest in terminator armor.  The Sanguinary Priest is second closest model. Unit suffers 10 wounds. Closest model is allocated each wound 1 at a time until he makes them all or dies. In this example he saves the first 2 fails the 3rd and his FNP. Now the sang priest is closest. There are 7 saves left to make. Either he can make them 1 at a time until he makes them all or dies, or you can do LoS (Look out Sir) rolls first. In this one we will play the odds and do 2 LoS rolls making saves on 2 dudes at 3+ and do 5 saves on the sang priest assuming he passes them all. If at any point in those 5 saves he fails, the remaining wounds will now have to be saved on the next closest model, etc.

Lets say you're more of a visual person.. Please see the example below.

In this case all of the Marines have the same save. Say 3 Lascannons hit and wound. Because they get no armor save all of the wounds are "unsaved." Each "unsaved" wound is then allocated (closest to furthest) and models removed.

In this case all of the Marines and the Sgt. have the same save. Say 3 Lascannons hit and wound. Because they get no armor save all of the wounds are "unsaved." Each "unsaved" wound is then allocated (closest to furthest) and models removed. Because the Sgt is a character the Marines in the squad can make look out sir rolls for him on a 4+. This is the case of an "unsaved wound" being allocated to a character/model. (p15) "Allocate Unsaved Wounds & Remove Casualties"

In this case all of the Marines and the Sgt. have the same save. The Captain has a 3+ invulnerable because of his Storm Shield. Say 3 Lascannons hit and wound. The unit now contains Mixed Saves (p15). "Step 1. Allocate a wound from the wound pool to the enemy model closest to the firing unit." Each of the Lascannon wounds will be allocated to him from the wound pool in order. Each time one of the wounds is allocated he can make a LOS check on a 2+ because he is an IC.

1. Wound is allocated to him. (Again this happens before saves because of different saving throws in the unit.)
2. He can attempt 2+ LOS once per wound allocated
3. If passed then another one in the unit eats the Lascannon shot
4. If failed then he attempts his 3+ invuln

He in no way gets to make a LOS after this roll is made. An unsaved wound is NOT BEING ALLOCATED TO HIM.

---
These rules can be found on page 15 of the new rulebook.